I want to report a glitch in the survival games, where you go both invisible and intangible (noone can hit you). It happened to me a couple times, and I thought it was bc of OptiFine, but then it happened while I was on a vanilla client. Then a friend of mine was killed by someone else who was a "ghost", luckily I was recording that night, so I havfe footage. In the in-game chat you can see he has no idea he is invisible, and at the end you see the lightning strike right where he is supposed to be, but he isn't there. He didn't use a potion, or had any mods on. 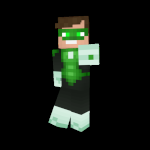