Hello MMAP, I've played on SkitScape's Server as much as you used to do. Spleef was always my favorite part of the server, as well as my favorite game on minecraft. I have a suggestion for a way that Spleef could go. Like on SkitScape's server, people were aloud to go into a different world to build arenas. Skit chose the best one that was made and that arena was featured as the arena for Spleef until he found a new one that he would like to have. Unfortunately, they've stopped the routine and the Spleef is fairly boring as there is only 2 arenas that have no theme to it at all. If this was the case on this server, there could be some really awesome Spleef Arenas to play on.

I like the idea. I would have to see what R011y and Pi say about it. 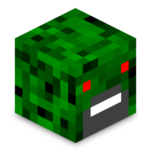